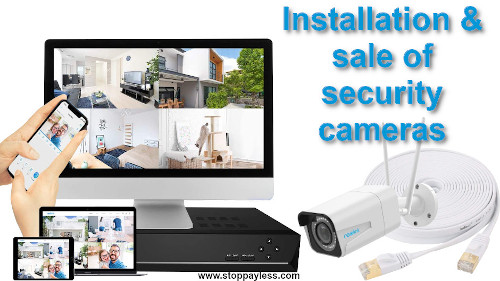 The price of a security camera varies according to its design and technology:

Camera price according to design: a surveillance camera can be for internal or external use: PTZ camera with vertical and horizontal displacement, cameras for NVR or DVR, cameras with memory and functions of a NVR to work without a NVR or DVR, cameras dome, bullet camera, mini camera or spy camera.

Camera price based on technology: lens type, focal length, camera resolution, camera image quality in the dark, distance from which it detects motion, PoE (Powered Via Ethernet), Onvif cameras, thermal sensor cameras, internal memory, analog or digital cameras, number of mega pixels for image capture, zoom range, sensor technology, number of sensors, cameras with or without movement vertical and horizontal. If the camera can take photos or record a video from your smartphone the instant an event occurs. Also if it is possible to change the configuration of the DVR through the Internet and the number of users who see the cameras at the same time. Also if the surveillance camera can send to your email or upload the images to a server if it detects movement. Also if they have audio included. All these features and many more make the difference in price in a surveillance camera or a complete CCTV system.

We install security cameras in New York, Connecticut and New Jersey. We also assist in the installation of complete systems with security cameras over the Internet with remote access so that you can install the cameras yourself and save a lot of money.

We have technicians available for the installation of security cameras with technical support 24/7 days a week.